The presumption of desired results 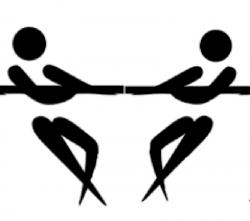 I have heard a story about a kid who was playing soccer. He was young and just learning the game. During a game one of his teammates scored a goal. All the parents got all excited and were telling the other kid how good he was. The first kid then said to himself: “Oh, is that what they want me to do? Kick the ball into the opposite goal?” The rest became legend as he quickly became very well known as a goal scoring machine.

A lack of communication creates a presumption of desired results

This was a simple case of what I call the “presumption of desired results”. The coach and the parents all presumed everyone knew what the desired results were. Clearly in this case, the presumption was not correct. I see this in all organizations to some extent. The supervisors and managers presume all the employees understand what all the desired results are. Many times issues will come up which cloud some of the presumed results. Such as one day, production line number three might be hearing only one message. “Get it out the door.” However, a manufacturing company is going to presume they are not shipping defective product.

Many times when I begin talking to a new organization, their overall and detailed departmental goals are discussed. I then start having conversations with the employees. I am shocked as to the number of employees who don’t know all of the basic goals of the company. Generally the supervisors will say something like: “Everyone knows that!!” Obviously, this is a presumption.

Presumption: an idea taken to be true without proof

I will have to tell one on myself. We had a new CEO come on board. He had a personal goal which was not communicated openly. It was expected, all of the VPs would figure it out and understand it. Unfortunately, I did not figure it out quick enough, to my detriment. However, in most cases the goals are not hidden, they are just not communicated like they should be.

In some cases, the solution is as simple as a checklist at the time of on-boarding of a new employee. The corporate and departmental goals should be clearly communicated in writing and distributed to each employee. The supervisors should discuss the goals and confirm everyone understands.