The two causes of supervisory failure 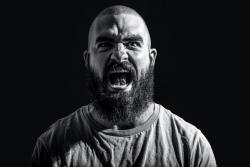 As we all know, bad supervisors are one of the main reasons for employee turnover. Whether they are a newly minted front line supervisor or the grey haired Executive VP it does not matter. There are an infinite number of reasons why this happens. I break it down by two areas which are generally mutually exclusive. You have the bad supervisor created by their personality and insecurities. Secondly, you have the supervisor who lacks knowledge of all the intricacies of management.

The supervisor ruled by their personality issues and insecurities is an over flowing vessel. Their issues have been around a long time and very well known by everyone around them. The person themselves is well aware of their problems. However, they are almost always in a well-designed fortress of denial. The first problem you have in dealing with this person is their position within the organization. The second problem is their perceived value. Lastly, my experience with these people is they have a very low success rate of changing for the better.

The damage done by these people is infinite

The inexperienced supervisor is completely different. They are an empty vessel. Many times they are pushed too early into a bad situation with a low probability of success. They have not been groomed with either classroom or on the job training. The good news is they are almost always trying to do a good job. They simply lack the skills and experience. There are some supervisors in this category who also have personality issues and insecurities. However, their issues are not as deep or as ingrained as the first category discussed above. My experience is the rate of success in changing for the better is very high. The damage is limited to their area. The cost is low and the time is manageable.

These supervisors should be easily addressed

I can recount several examples of both categories from my past. In each case the personality and insecurities employee was either not addressed or did not change. In a very small number of cases, these people eventually left the organization. However, by the time they did – the damage was done. In the lack of knowledge category, nearly all of the supervisors who were put through training were successful. Regrettably, I know of many supervisors in this category who were not given the chance. They were terminated for lack of performance and the organization quickly made the same mistake again.

Your workforce is a reflection of your supervisors