Sign on bonuses chase the wrong person with an expensive solution 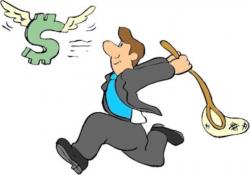 Recently there has been lots of chatter on social media about getting people back to work. Lots of companies offering sign on bonuses and the like to get people back on board. I have never offered or paid a sign on bonus, never had to. Sign on bonuses attract the people who make employment decisions based on money. They will never be long term employees. They are always chasing the money. As soon as they can they will jump ship for more money.

Recently there was an article in Fortune Magazine which says 50% of hospitality workers would not return to the old jobs. Regardless of ANY pay incentives, they want out of that industry altogether. The article leaves out a major point. My guess is at least 50% of hospitality workers would rather not have had that job to begin with. They took the job because they had to. They had few if any options. So why would you offer them a pay incentive in the first place?

It will take some time; but, the workers will find no additional options

My biggest problem with sign on bonuses is they hide the real root cause. They are a short term solution to a long term problem. So what is the root cause which is creating your problem? Years ago, I know of an organization, which was paying sign on bonuses. They said they had to. After some review, it became obvious what their real problems were. They had not done a systematic review of all of their potential sources of people. They were only tapping into a small number of those sources. Their second problem was they did not have a well thought out marketing plan for employees. There are numerous pieces to this plan and they had exactly zero in place.

Sign on bonuses are expensive camouflage for your real root cause

The cost goes even higher as the sign on bonus periods run out and people start leaving. You are back to square one and another round of sign on bonuses. The cost of a real solution is a small percentage of what you are paying now. Every company has a candidate marketing plan which needs to be discovered. Implemented correctly, the savings and results will speak for themselves.