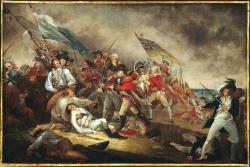 Actively disengaged employees are undermining you at every opportunity

The vast majority of the time you will not be in open rebellion. Instead, you are in a very serious COLD WAR. Everything is under the table, hard to see and never communicated. There are innumerable closed conversations which you are never invited. You will not even know they are happening. It is the actively disengaged who are leading the discussions and providing the “facts”. You will know very little if anything about the facts or the conclusions. Some of your better supervisors will have information about what is going on. However, they may not volunteer this information as they are concerned about repercussions.

The main goal of the actively disengaged is to recruit the disengaged into their group. Every decision you make will be spun in the worst way possible. The leaders will draw conclusions which are dramatically worse than the probable outcome. They are not concerned with truth. There main issue is control. They want to feel they are in control and you are not.

Some of you might remember the story I have told in the past about our ability to hire employees from one of our competitors. We never had to solicit or recruit them. The main reason was due to them being in a cold war with their management. Those employees were very unhappy and they were hearing nothing but good things about us. They were routinely sending us their resumes and contacting people they knew within our company.

Sometimes the grass is greener on the other side

What do you think happened when the employees arrived and worked for us for a while? They discovered everything they had been told was true. The exodus from the other company only sped up over time. We were hiring them for the same hourly rate they were making at their previous job.

Soon after the exodus started, I knew more about the actual complaints then their previous management.