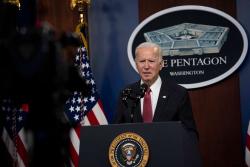 People Profits is not political. However, politicians provide a goldmine of material!

In the political arena, there is never a shortage of people saying really stupid stuff. Last week was noteworthy as one of them said something which could lead to global catastrophic results. In the organizational world, there is also no shortage. I have been in meetings where leaders have said things which made me wonder how many exit interview packets we would need.

These statements fit into certain categories. They include but not limited to: job security, financial stability of the organization, ability to attain the organizational vision, clarity of leadership and any change which is not supported by the majority of the employees. Many times the offending statement is not part of the prepared text. The leader goes off message and says something which they either immediately or shortly thereafter want to take back.

Once the words are out, we can never completely pull them back

This is the real problem. The statement made last week will never be forgotten. The organizational statements, which I referenced above, will also never be forgotten. Not long ago I had a friend remind me of one of those statements. He remembers it as if it happened yesterday. I had not thought about it for a while; but, when reminded it was immediately vivid in my mind.

Shortly after the statement was made I had an office full of employees. The conversation was very animated from their side. The employees started with wanting to confirm what they heard. The biggest problem I had was that the leader did not stop and clarify his statement. He finished his part of the event and moved on. There was no evidence of his comprehending what he said.

Most employees are terrified of public speaking

Therefore, employees can understand misspeaking. They can understand someone speaking “off the cuff” and not wording it well. But they would expect a leader to stop and clarify. When it does not happen, they start wondering why not. When the clarification is not quickly provided, it is generally due to a lack of empathy. The leader just does not understand what is important to the employees.

The process of damage control will be complex and many times not successful. When good employees lose their connection to the leader(s), their resignation is not far behind.