The first step toward Value Based Compensation 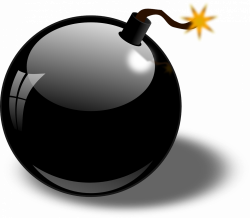 Most organizations have a time served compensation model. Each year the employee is evaluated and then given a raise. If they are promoted to a new position, they are paid near the bottom of the new position pay range. Once you are in the new position pay raises are based on your tenure. I am a strong advocate of value based compensation. What value are you bringing and how can we increase the value of an employee. Pay raises are then based on when the employee learns a new skill and they receive a pay raise accordingly.

Organizations are always looking for ways to do things faster, better and with higher quality. Good employees want more involvement, respect and money. There is a direct tie between what the employees are looking for and what the organization wants. The problem is few organizations know how to bridge this gap. Start with the group which will bring you the most value.

The first step is to identify employees who use independent judgement

It is these judgements which will determine the level of success or failure of the organization. How these employees are developed to make those decisions is critical. How they are compensated, money or otherwise, is equally critical. There must be a direct tie between their success and the result for the organization. The difficulty is determining this value for both the employee and the organization.

Showing the tie between organizational and employee value lights the fuse

Many people struggle to put numbers to issues. However, the result of this struggle will provide the value. I was speaking with a sales manager and I had challenged him to show his success in numbers. He was struggling badly on how to do this. After discussing for a while it became apparent he was getting too far into the detail. He was trying to come up with his budget and the result for each quarter over several years. He was having a hard time pulling the numbers together.

As we discussed this further, he made a comment that he made or exceeded budget every quarter. He also said he had the most sales in the company every year but one in his lengthy tenure. Those two statements and the numbers inherent in them made the quarterly numbers irrelevant. It was obvious in our discussion, he took great pride in being able to make these statements.

He had made innumerable independent decisions to lead to this result. A result which had clearly brought value to the organization and to him.