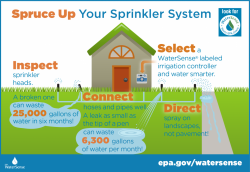 I was speaking with a friend last week. We were talking about my favorite topic, employee turnover. He mentioned two of the biggest causes of turnover. He mentioned work environment and whether the employee sees a future at the company. I totally agree with him; however, there are many other reasons and they are company specific. In addition, how these reasons are created and perpetuated are infinite. I saw a medical diagnosis once which had the symptoms listed in order of appearance. If the order was different, then it was another illness. The cures were different and if applied wrongly could cause serious problems.

The mystery is identifying all of the causes correctly

I bought a house which had some breaks in the sprinkler system. The seller identified the locations of the breaks. The system was PVC and I knew I could fix it. So I turned on the system and easily verified the break locations. Splicing out the lines wasn’t a problem and the system was turned back on. It was clear there were other problems, as the system did not work like it should have. The system was left on and over a period of time another leak became apparent. It turned out the leak was on the underside of the pipe which “hid” the leak. (Don’t miss the analogy.)

The new leak was fixed and the system was turned back on. Two zones were not acting right; but, it was a mystery. A friend of mine knows a lot more about sprinklers. After explaining what was happening he told me to check a specific part in a component. He advised the industry knew the manufacturer of my system had a problem with that component. Without that knowledge the mystery would not have been solved!! There was a major frustration trap which I could have fallen into.

The results of employee turnover are messy

The symptoms of employee turnover are messy. We deal with them every day. The mess will both hide the causes and steer you in the wrong way. Many organizations misdiagnose and mistreat the illness. They get frustrated and believe there is no solution to their mystery. As you saw in my sprinkler story, persistence and priceless knowledge helped me find my solution. The benefits of finding the solution will reduce the frustration and help build the workforce you need and deserve.

How can we help?