An engine overhaul versus replacing a switch 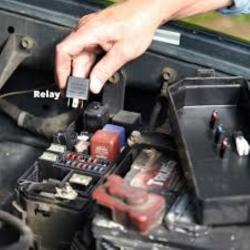 Years ago I had a car with a problem. You could be driving along and it would just stop. It would not restart until it was ready. When it was ready, it started and ran until it did not want to run anymore. We took it to a mechanic and they said we needed a complete engine overhaul. It was going to cost a fortune. I had several issues with their explanation of the problem. I then went to a second mechanic who quickly showed me a switch which was broken. They fixed it for a small amount of money and the problem never returned. This small switch had a major impact on the ability of the car to run. I am sure we have all had a similar problem.

Integrity is the foundation of good business

I cannot tell you how many times a Business Owner or CEO has told me “they need to clean house”. In their opinion, the majority of the employees needed to be replaced. I have never found that situation to be true. The vast majority of the time the issues are an accumulation of “switches” which needed to be replaced. My mechanic quickly determined what the issue was and repaired it. My job is to identify the key issues and implement the most efficient solutions. The vast majority are relatively small changes to current strategies, processes and systems.

The number and quality of candidates went up immediately. The employer was able to adjust their recruiting strategy. The higher quality of candidates allowed the employer to seriously look at some of their lower performing employees. Productivity and engagement was impacted immediately by the new employees. When the lower performing employees left the building, a large amount of negativity went with them.

A small switch had been replaced in the recruiting engine. A small number of words resulted in a huge change in strategy.