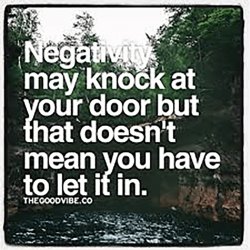 Whatever you do, good or bad, people will always have something negative to say

The sky was falling. We were all going to be out of work

Then the press release hit. We had renegotiated our credit lines and were saving a ton of money. Instantly, I had several employees in my office trying to turn this into a BAD thing!! Amazing. While I was talking to those employees, another employee came in. He looked at me and said, “This is a GOOD thing.” I replied, “Yes it is a good thing”. It was at that moment when all three realized they had been caught up in a rumor mill which was out of control.

My favorite part of this story is the two employees trying to take a good thing and make it bad. The banks were responding to a lot of good things happening in our company. When it was all over, the employees were excited. However, the negativity had done a lot of damage in a short time. I used this situation in the future to remind the employees when they were getting out of control again.

Certain employees will spread negativity and always have an audience

You should be working toward switching these negative employees to the positive. You will have some employees who simply have a negative personality. However many times these individuals can be counseled. Especially, at key times, reminding them to try and keep the negativity under control. I have found seldom are these overly negative employees your best employees. In some cases, you will have to eliminate these employees as they are doing too much damage.

The negativity can easily lead to employee turnover. In this case, this all happened over the course of two days. I have also been in situations where the rumor mill has used one or two topics over an extended time. It never stopped, was relentless and lead people to leave.

How do you deal with your rumor mill?