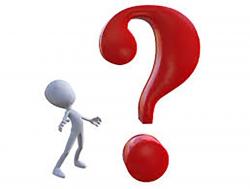 In every organization there is a difference between the reality of the organizations’ culture and the culture the leaders’ desire. The leaders then try to drive the culture in the direction they want to go. This is normal and expected. However, this creates an issue which needs to be addressed. How will the organization present the culture to the outside world? I have seen organizations who try to present where they are moving toward as their current culture. But, this culture does not yet exist. In this case there is a fundamental difference between what they are representing and the reality.

A false culture creates employee turnover and lack of engagement

I have worked with some organizations who try to communicate both the current and desired culture. This is difficult to say the least. You will also have a difference in the culture by department. In every case, there will be elements of both cultures at differing levels in different departments. Employees being hired are fully expecting to find the culture being communicated in their department. When they arrive they find a gap between what they had been told and the reality.

The negative feelings will quickly spread and poison the candidate pool

How can we help?