Caught in 8 to 5 bondage 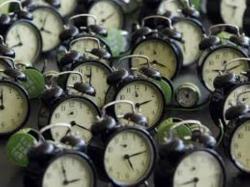 Have you ever heard someone describe their job the following ways?

“I NEED the money, I don’t have any other choice”

“I am chained to a desk”

“I have to work there because of the benefits”

One of the causes of the above statements is what I call - 8 to 5 bondage. Someone is stuck in a job they don’t like and would love to change. They are not being treated well and it is created by the wrong mindset of the organization. I see many organizations who think they have bought their employees for the time period of 8 to 5 every day. As long as they pay them, they own them. They definitely don’t treat them well. At the same time, these organizations and supervisors do not understand why the employees are not engaged.

Employee turnover is not far from this mindset

The control issues and insecurities create the bondage

Years ago I knew a supervisor who felt this very way. They routinely referred to “THEIR employees”. If you were not at your desk when they needed you, a price would be paid. They made it clear they were giving you a pay raise. It was not from the organization, it was from them. They had the power to fire or promote you as they saw fit. Many of the employees had limited choices and were quickly caught up into 8 to 5 bondage. The employees who did have choices were long gone. Any new employee would fall into one of those two groups and the result was predetermined.

I have seen this type of supervisor change and the results are truly remarkable. The supervisor is released from the controlling. The employees’ insecurities can be eliminated by structured job success and planned recognition.

Which group do you want working for your organization?