The people are ready to get back to normal 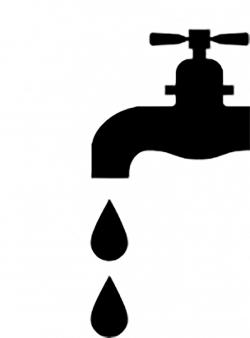 I believe that the American people are ready to get back to normal. They are no longer as concerned about the threat of the virus as they are about life getting back to normal. However they are ready to break out of their homes and go out to dinner. They are tired of the politicians and the non-stop blame game. The evidence is clear that the people have made a decision. The demonstrations throughout the country bear this out.

The same thing happens with your workforce

When your employees have had enough, they don’t start a demonstration or picket the state capitol. They simply walk out, never to be seen again. Seldom do these situations involve a tidal wave of resignations. It is almost always a slow dribbling; but, incessant. The only reason it will take time is most employees will find a new job before they quit. The real issue is:

The employees have made up their minds

Many organizations miss this crucial moment. They don’t respond because they are unaware the balance has been tipped and will not be coming back. What I have found in my practice is organizations also don’t know the prime drivers of the decision. They simply don’t know or misinterpret the causes. They underestimate the damage of the last policy change or how irrelevant the employees saw the latest employee benefit.

The CEO had already made up his mind. He did not want to talk about it. He did not want to hear objections or concerns. We were going to make the change. The rumblings were immediate and unmistakable for someone who was LISTENING. The only person who mattered was not interested in listening. When the change was implemented there were some immediate resignations. One person simply walked out and never came back. Over the next few weeks we endured the Chinese Water Torture of employee turnover. The drip, drip, drip of resignations.

The sad part was – there was a solution

I could have gotten 80 to 85% of what the CEO wanted with few if any resignations. The issue with the employees was a small and mostly inconsequential part of the CEO’s plan. But to the employees, it was poison. After the damage was done, the CEO could still not figure out why the employees reacted like they did. The CEO kept repeating: “I just don’t see the problem”.

Obviously, too many employees saw it all too well.