How to spot an employee virus 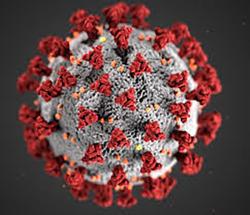 There are some things we have all learned about viruses over the last few weeks. Some of these things are relatable to how employee turnover infects your workforce.

One of the companies I worked for had a branch office which was one of our best. Every year they were near the top of revenues, profits and had few problems. Then they had an employee “virus”. Only after all the damage was done did an employee tell me that it all started when this person was hired. When this person left, everything went back to how it was – pre-virus. I ended up in a meeting with a group of employees where the issue was discussed in detail. It was astounding how many symptoms were traced back to this one employee. It was also astounding how quickly everything went back to normal when they left.

The cost of a disruptive employee is infinite

This branch office was in a different state then our corporate office. The hiring of this employee was uneventful and I only met this employee a year or so after they were hired. I was in that office due to some serious symptoms which had appeared. The symptoms were very unusual and had never happened in this office until the virus. I had no idea it all rooted back to this one employee. Looking back on it, I now realize how many of the initial conversations pointed back to this one employee. It seemed every symptom was either directly or indirectly caused by this one employee.

Many times in supervisor meetings, I will describe an employee virus. After my description, I could see on their faces, many of the supervisors had a name in their heads. I would instruct them to immediately go back to their departments had either fire the employee or come and talk to me about the employee. Too many times, supervisors will allow a virus to continue to infect other good employees. The problem would only get worse. Supervisors generally hesitate and the battle is lost.

There has been a lot of discussion about “flattening the curve”. This is a good example of how you can flatten your curve of employee turnover. Know the symptoms of an employee virus and don’t hesitate to act.