What is your cost of accepting the lowest common denominator? 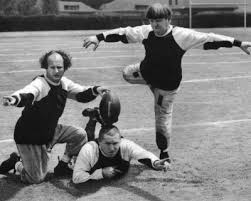 Everybody wants great employees. Employees that are empowered, who make the right decision, satisfy the customer and who make money at the bottom line. There are employers who think some or even a lot of their employees fit that description. Most do not. The majority of the employers who I have spoken with believe their employees are average or even below average. Some believe they have a core of good employees and the rest are questionable at best.

Many employers have a harmful philosophy lurking in their strategies, plans and procedures. This philosophy is pervasive throughout the employee training, goal setting and evaluation processes. These activities are directed at the lowest common denominator. Instead of being challenging and personally stretching – they are directed at passing as many people as possible. This is not how you acquire great employees.

I wish I could tell you the following story and say we had it all figured out ahead of time - we didn’t. It happened and only after it happened did we realize the awesome opportunity we had by pure happenstance. One day our employee development department sent out an email about our latest tech school. Part of the memo included a list of the top five graduates of a class of 25. It was done by the department with the only real thought being a summary of the class.

The reaction was quick and overwhelming. By the end of the first day every tech in the company knew who the five were and everyone wanted to be one of the top five in the next class. It was “the” topic of conversation over the next couple of weeks. It is only at this point in the story did we start thinking proactively about what else we could do. We decided to give an additional $.25/hour for the top five graduates. Over the next few classes the standard test scores shot up. We had classes that had five graduates who had 100% on every test and exercise. Certain classes had to have more than 5 because we had more than 5 who had 100% on everything. The average and even the bottom scores went up significantly. No one wanted to be the lowest scorer even though it was not publicly released.

The competition within the classes was hot but friendly. We set up regional competitions pitting the techs from the different regions against each other. The only thing that cost us money was the small pay raise. Everything else cost nothing; but the increased value in revenues, profits and morale was infinite. All of this because we rejected the lowest common denominator and we all wanted more and better. This happened a long time ago and was my first brush with just one of the many ways this philosophy hurts organizations.

Can we help increase your standards by eliminating your lowest common denominator practices?