Turning a crisis into an opportunity 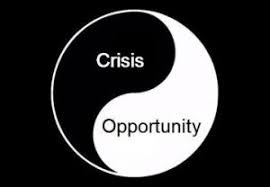 Routinely business owners come to me with a crisis. Such as: they need 20 people on a particular production line and on the average day they might have 15. Therefore, on the average day they are at 75% capacity. As the days stretch out, so do the overdue orders. This is the kind of backlog no one wants - they are in a crisis. Orders will eventually be canceled with a loss of revenues and profits. So many times a consistent answer is to use temporary labor agencies. They don’t lose the order; but they lose a significant portion of the profits. In some cases, they are no longer working for themselves; but, working for the temporary agency.

The root cause of this problem is that most organizations are not good at recruiting people. They don’t know the process, all the sources of people, how to attract, select or retain them. The result is organizations find themselves in the above crisis situation. Even worse, they have no idea how to get themselves where they need to be. They don’t know all the options which are available to them.

I have won this battle multiple times. Production lines which were under capacity by 30-40% and getting farther behind every day. In every case, it took less than a week to fully staff or at least see dramatic improvement in the level of capacity. We have always been able to retain the new employees. Most of those employees came from sources which the organization was unaware of. The crisis became an opportunity quickly as the backlog shrunk and the added capacity was available to help other lines which needed help.

Revenues and profits saved and no need to pay an extra expense of the temporary agency. The new opportunities did not stop there. The business owners have always been able to review what new lines of production made sense. Now with their greatest asset in their production facility stable, they could look for whole new areas of business and services.

Would you like to trade a crisis for an opportunity?