Exhausted from fighting versus preventing fires? 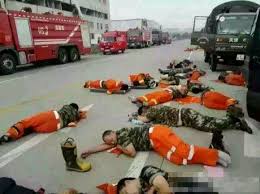 Exhausted from fighting versus preventing fires?

When I first start talking to a new client about what they are doing about their employee turnover the conversation is dominated - by them fighting fires. They are running harder on the recruiting treadmill – trying to stay ahead of the inevitable turnover. They are giving a pay raise for the one and only reason of “trying to keep them”. They are making promises which may or may not be kept. If the promises are not kept – they are just making their turnover worse. They are trying to jazz up their organizational culture so people will be enthralled to work there.

The organization is mentally and physically exhausted. The recent California fires are a good example of the effects of exhaustion on an organization. The problem was the fires went on for so long - the firefighters saw no end in sight. The physical exhaustion was bad enough – but the mental exhaustion was the real long term problem. It is one thing to work when there is a light at the end of the tunnel. It is something else to work day in and day out and feel like you are making no progress. The ultimate problem is when you are working every day and not only do you not see progress but you believe you are losing ground. The exhaustion is now deep in your bones.

There is only one way out of this type of exhaustion – a breakthrough. Figuring out what is really going on and what needs to be done to first put out the fire and then make sure it never comes back. This is a completely different thought process. You cannot continue to do what you are currently doing. You have proven it does not work. You need to break it down and start over. What presumptions are you making? What thought processes have been so prevalent for so long they are no longer questioned?

I had a company which would hire 12 when they only needed 10. Why? Because they knew 2 or 3 would not even show up the next day for orientation. So they had 20% turnover the VERY FIRST DAY! Why were they not showing up? Some got “better jobs” and moved on. Some just could not get out of bed on the first day. Some did not pass the drug screen. The reasons are endless and exhausting.