Do your competitors poach your employees? 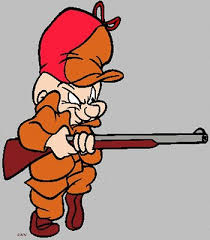 In the state of Oklahoma the energy industry is constantly affecting the employee turnover of the other industries. When the energy industry is hiring, many of your employees will be at the very least tempted to make the move. You are already having a problem filling your open positions for truck drivers, welders, machinists and skilled technicians. Another major problem is with your direct competitors poaching your employees. Your competitors know your employees hot buttons, because they are the same hot buttons for their own employees.

What do you do? How do you slow them down from stealing your people? And the best ones at that! In one of the companies I was the VP of HR, we had a major problem with competitors poaching our employees. They would offer large hourly rate increases to try and entice our highly skilled technicians away. These technicians would take 5 years to train and get up to speed. These competitors did not have our resources to actually train their own people.

There was a case of a tech who had accepted an offer. I contacted him and we had a full discussion of all the relevant facts. Specifically we discussed a very well-known problem which existed with the competitor. This problem was well documented in the industry and was very important to our employees. He told me that he had been given assurances the problem had been addressed.

One of the keys to this discussion is to confirm your employee is getting all the facts. Many times they are being enticed by a large hourly rate increase which is concealing issues which the employee may not be aware of. I saw a big part of my job as making sure the employees were fully informed and asking all the right questions.

The conclusion of the story is the technician showed up for the first job and the issue had not been addressed. The issue was just as bad as it always had been. He called me from the job and asked for his old job back. I told him to go back to our branch office and tell the manager he was claiming “temporary insanity”.

I used him as my poster child against our competitors for years!!