The “no man’s land” of employee turnover 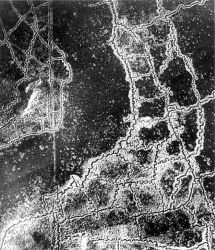 “No Man’s Land” is commonly associated with World War I to describe the area of land between two enemy trench systems. Neither side wished to cross nor seize the land due to fear of being attacked by the enemy in the process. You only crossed into No Man’s Land when forced to.

Many business owners and General Managers tell me they just need to “clean house”. I have never found that to be the answer. The answer is to find what is creating the lack of engagement and what needs to be done to eliminate the root causes of your disengagement. Business owners and managers who I deal with are stunned when they learn how quickly we can start to move people across “No man’s land”.

Root causes of disengagement are organizational – not cultural, perks or benefits

One company which I worked with felt they had a GREAT culture and upper management felt the employees loved it. The problem was the culture did not cover the entire company. There were two senior managers who consistently got low ratings on the employee engagement survey. Upper management was fully aware of the employees’ feelings. Nothing was ever done. This was not a culture issue, it was an organizational issue by which these two senior managers were not being held accountable.

As you can imagine, in these two departments the employee turnover was dramatically higher then everywhere else. So what do you think happened when these two managers were held to the same level of accountability to the culture as everyone else? Obviously, there was a lot of talk and the employees took a wait and see approach. They wanted to see what happened the first time the previous issues came up again.

An issue came up and everyone held their breath to see what would happen. It was hard and there were plenty of excuses and justifications but the organization knew what they had to do. When the employees realized the organization was going to do the right thing – the response was overwhelming. There were a lot of employees who crossed over No Man’s Land that day.

How wide is your No Man’s Land?