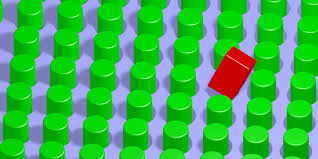 You get a resume or an application and it looks good. He has the right experience and he has worked for some companies you know of. You bring him in for an interview and everyone really likes him. He does the personality/job fit survey and it is dead on. He goes over to take the drug test and there are no problems. You are convinced he is going to be a great hire.

From day one he disappoints. At first you chalk it off as being new to the company and he just needs to settle in. However, as time moves along you realize it is more than that. The problem is multi-faceted. He does not know some of the things you thought he knew. He is not fitting in like you thought he would. He is not showing the initiative which he needs to have to be as effective as you want him to be.

Why is he not working out like you thought he would?

Once when I was the VP of HR for a large company we hired a service line manager. He had the pedigree we were looking for. His resume was head and shoulders above everyone else. His interviews were spectacular and everybody was excited. We knew him from a competitor and he brought a great reputation. He was going to bring a service line to us which we badly needed.

As in the case above, from the beginning he did not work out. For some time we could not figure it out. What was the problem? There were no shortage of meetings involving upper management and the employee trying to figure out what was going on. More importantly, what was NOT going on, we were not making progress. As the meetings progressed we realized that his style of managing and our organizational structure were not compatible. Looking back at the situation we realized that his style fit perfectly with our competitor. The organizational structure difference explained his success with them and his failure with us.

The question became, could we adjust his style or our structure to get the result we wanted? In these cases, a total review should be done to determine the root cause of the problem. Once that is determined, what can be done to make it better? In some cases, it is a lost cause and a learning opportunity for the organization to adapt their selection process. What can be done to make sure the problem does not come up again?

How can we help you with your situations?